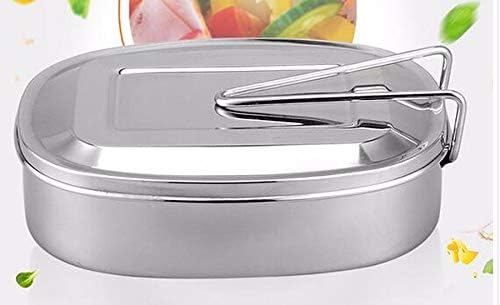 Made from highest quality food-grade 304 stainless steel with a strong lid, it can better preserve your food , this is the best bento for packing healthy snacks or finger food ,BPA Free, safe and durable.

Lunch box with one compartment and two smaller sections designed for sides, the other two small sides can be freely paired with your favorite fruit or salad, your entire lunch fits in one container.

Kids and adults can use it for their favorite sides at lunchtime, or it can hold a full meal for toddlers.

Easy to clean; dishwasher safe Can not be used in microwave ovens.